Learn Different Solutions To Fix Among Us Keeps Crashing On Android Phones And Tablets!

Overview: There are some Android users who are complaining that Among Us is crashing while playing the game or when they open the Among Us app. If this is also happening to you then simply relax. This guide is going to introduce some working and easy solutions to fix Among Us crashing on Android.

Expert Tip: One of the easiest solutions to fix Among Us keeps crashing issue on Android is to use Android Repair software.

With the help of Android System Repair tool, one can:

Among Us is the hottest gaming app during the quarantine. This game is very fun to play if you get the right people and rooms. But when it starts crashing then fun becomes trouble and users become eager to know “why is my Among Us keep crashing”. If you have also the same question then below learn the reasons for this crashing problem on Among Us.

Also Read: How To Fix Roblox Keeps Crashing On Android

Why Does Among Us Keep Crashing On Android?

There are some reasons you may meet that can cause Among Us to crash on Android mobile. They are mentioned below.

Once you know the cause of the problem, it will be easier to narrow down the fixes.

So, let’s jump to the solutions to fix Among Us crashing on Android.

Solution 1: Close Among Us And Force Restart Your Android

If the Among Us app was working fine before it started crashing then it means that there are some minor issues with the app and it would be fixed by closing the Among Us app and then force restarting the Android device.

Step 2: Then hit Close All, to force close all running applications in the background.

Step 3: Once all running apps get closed, press and hold both Volume Down + Power keys for few seconds until the device Power Off and Power back on.

Step 4: When you see the Android logo on the phone’s screen then leave both buttons and then you need to wait until the reboot is completed.

Also Read: How To Stop Games From Crashing On Android

You must have about 2GB of free storage space on your Android device to play the game smoothly. If your device storage space is full then it can create crashing issues on Among Us.

If you are using Wi-Fi connection then restart your Wi-Fi router. You can check the internet connection by opening anything on chrome.

Solution 4: Update Among Us App

Another way to stop Among Us from crashing on Android is by updating the Among Us application.

To update Among us game, open Google Play Store app on your phone. Then enter the name of the app in the search box. Now, if it is not updated to the latest version then you will find Update button next to Among Us game. But if it is updated, then you will get the Open button instead of Update button.

Solution 5: Clear Cache And Data Of Among Us Game

If updating the app didn’t fix the crashing problem on Among Us gaming app then you should clear the cache and data of Among Us app.

Below, learn how to clear cache and data of Among Us app.

Step 1: From the Home screen, tap and hold the Among Us icon until you see the options.

Step 2: Now, tap on App info and then on Storage. 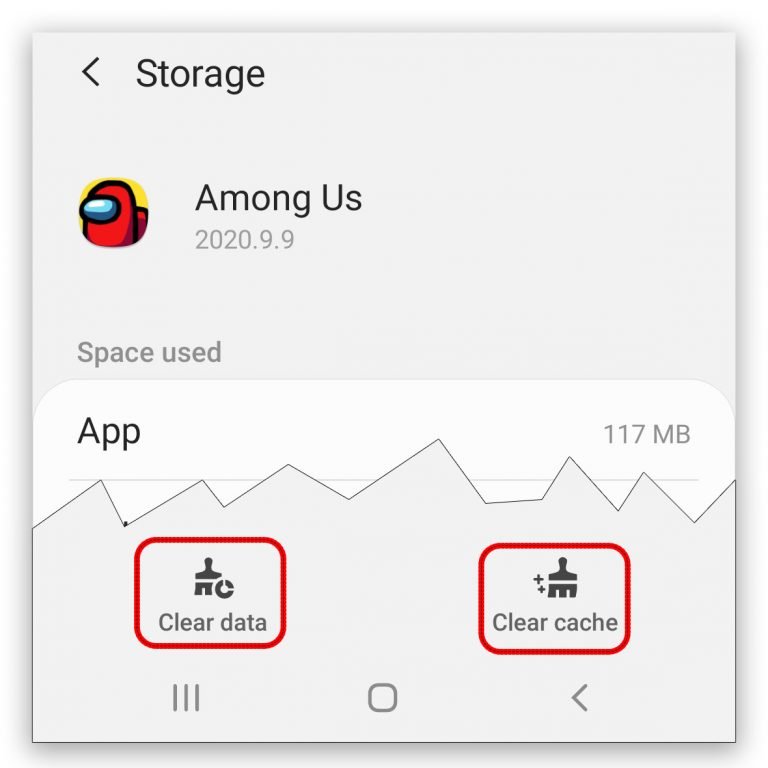 Step 4: Next, confirm your choice.

Now, restart your device and then try to open the Among Us app again to check whether the problem is resolved or not.

Google Play Services is a core Android OS functionality that ensures applications are working smoothly. And when this background app service is not updated and not working then it can result Among Us or other apps crashing problem.

So, you should check the update for Google Play Services and if you find any then update it.

To check it, open Google Play services app page in any web browser. If you find Deactivate then it means that your app is updated to the latest version. 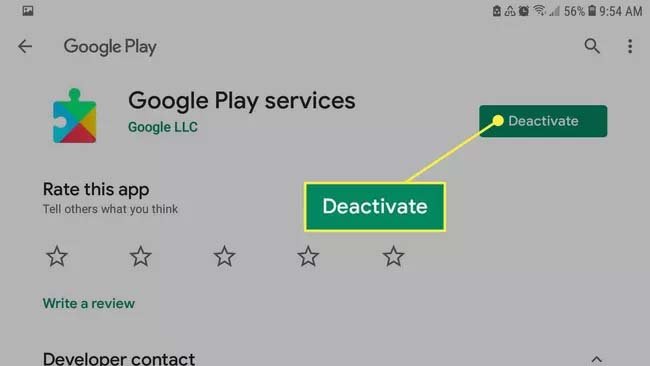 But if you see Update button instead of Deactivate then just tap on Update to download and install the update of Google Play Services.

Also Read: How To Fix Call of Duty Mobile Lag On Android And Play It Smoothly

If Among Us crashing on startup then you should check update for your Android OS. If you get the latest OS version update then immediately install the update.

Step 2: Then hit on About Phone > Software Update/System Update > Check For Update. 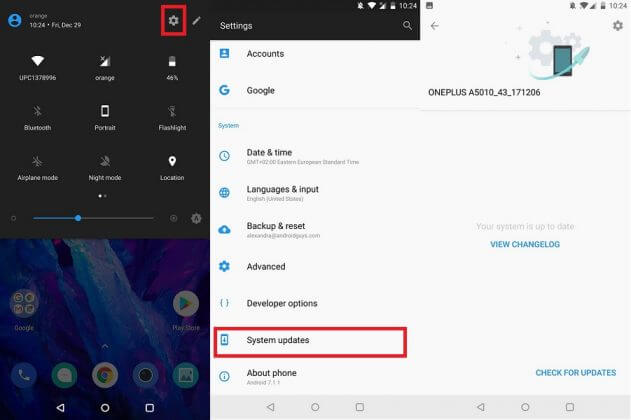 Step 4: If you find the latest update then install the update. Once the update is completed your device will restart.

Note: The steps may differ depending on your Android version. So, if the above steps didn’t work then, simply open the Settings app and hit on the search box and enter Software update.

Solution 8: Force Stop Among Us App

Below, learn how to force stop Among Us app.

Step 1: On your Android phone, open the Settings app.

Step 3: Now, choose the Among Us app and tap on it to open.

Step 4: After this, hit on Force Stop button.

Also Read: How To Fix PUBG Lagging On Android And Play It Without Lag

If you have recently updated Among Us app then it is possible that the app permissions were set to default. This can create problems to this app including crashing/not opening.

Below, follow the steps to allow app permissions on Android.

Step 2: Now, select Among Us app to view its permissions.

Step 4: From here, you can grant and deny permissions.

Solution 10: Uninstall And Reinstall Among Us

If Among Us is still crashing or not working then you should uninstall the app and then download and install it from Google Play Store.

Below, learn how to do the same.

Step 1: Tap and hold the Among Us app icon until you see the options.

Step 2: Now, tap on Uninstall and then confirm it. 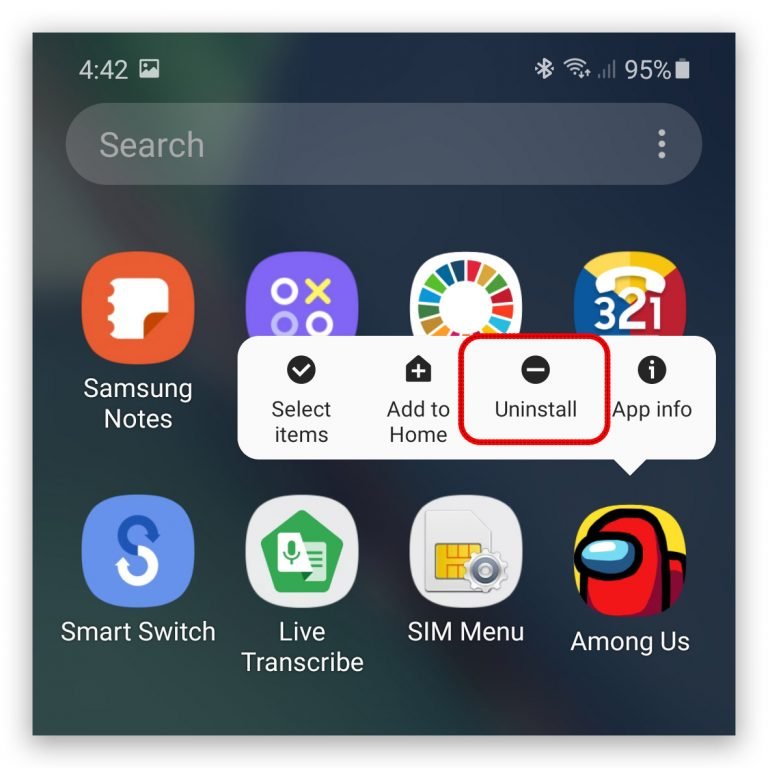 Step 4: Then enter Among Us in the search box at the top of the screen.

Step 5: Next, tap on Install button.

Once the installation process gets completed, hit on Open button to run it.

So, you can wipe the cache partition to fix the issue.

To wipe the cache partition you need to first boot your smartphone into recovery mode.

On Samsung Phone: You need to press and hold Home + Power + Volume Down keys together.

On LG or HTC: You need to press both Power and Volume Down keys.

If you have another Android phone model except for Samsung, LG, or HTC then you can Google the key combination for your phone model.

Once your device boots into recovery mode, use the Volume key to scroll down and highlight “Wipe cache partition”. And select it using Power key. After that, select “reboot system now” to restart your phone.

If there is some problem with your Android operating system and due to this Among Us app is crashing/freezing then you can try Android System Repair tool to fix the crashing issue.

Note: At present Android Repair software is available for only Samsung phones and tablets.

Besides fixing the app crashing issue, you can use this program to solve other Android-related issues such as Android stuck in bootloop/black screen/Samsung logo, Android system UI not working, Android phone won’t turn on and off, etc.

Here follow the complete step-by-step guide to fix Among Us keeps crashing on Android phone/tablet by using Android Repair software.

Last but not least, the way to fix Among Us crashing/freezing/stop working is by factory resetting Android devices. And as you know that it will erase your device data therefore you must create a backup of all precious data before following the steps to reset it.

Now, follow the below steps to factory reset your Android device.

Step 1: On your Android phone, launch the Settings app.

Step 2: Then tap on General management.

Step 3: After this, choose Reset.

Note: You may get different settings options depending on your Android version.

So, these were the 13 different solutions to fix Among Us crashing on Android. Try the methods one by one until your fix the crashing issue.

If there is some issue with your Android OS and you have Samsung Galaxy phone or tablet then you can try Android Repair software to fix Among Us keeps crashing on Android phone/tablet.