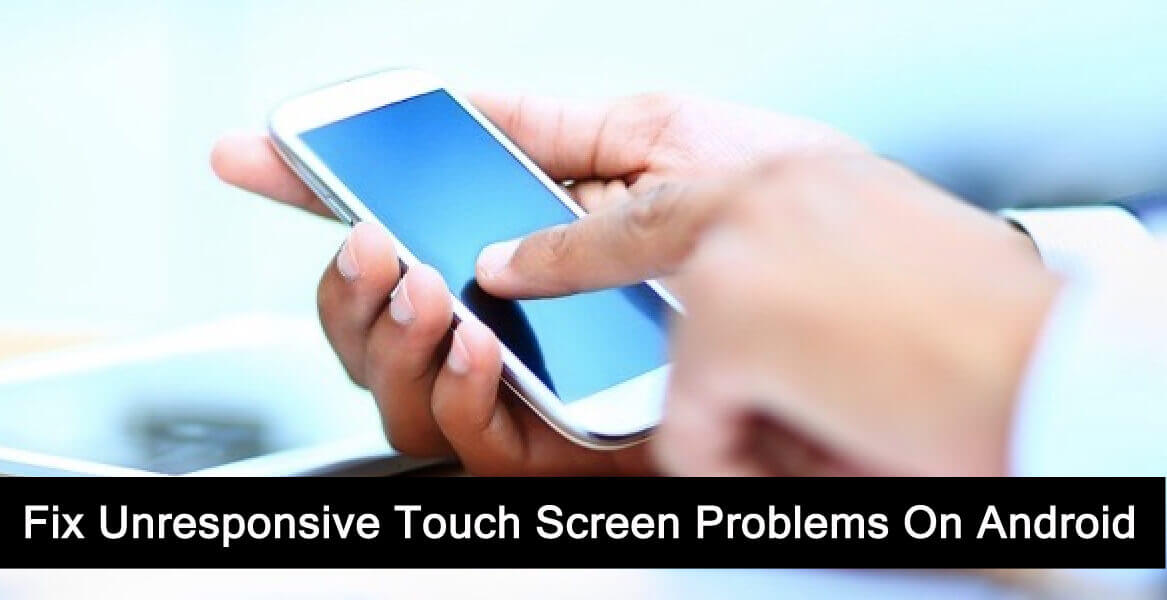 Overview: Are you unable to use your Android phone due to the unresponsive screen touch issue. I know how irritating this situation is when you try to access your data but unable to use it because your device’s touch screen is not working. No matter whatever the reason behind it you can easily fix this issue. Here, I have discussed some easy solutions on how to fix unresponsive touch screen issue on Android. Just read and follow the steps.

There are many types of touch screen problems on Android phones and tablets. Some of them are mentioned below.

As there are many causes due to which an unresponsive touch screen on an Android tablet or phone can occur. It is important to know the causes behind this Android phone and tablet touch screen not working issue so that you can take care of your phone in the future coming issue.

Some common causes are:

So, these were some of the common reasons for touch screen not working on Android phones and tablets.

Now, the question arises – How do you fix the touchscreen on your Android phone?

Well, you can easily repair touch screen of mobile phone as below I have shared some easy solutions on how to fix Android tablet or phone touch screen not responding.

Also Read: How To Fix Black Screen After Factory Reset On Android

If your phone is not physically damaged and the touch screen not working then this issue may occur due to some software problem.

Below are some solutions that will work to solve the touch screen not working issue if there is not any physical damage.

A simple restart solves many problems. So, you can just switch OFF your Android phone and tablet and then follow the below steps to restart it.

Step 1: Press and hold the Power button unless you see the options, tap on Power OFF to switch off your device. 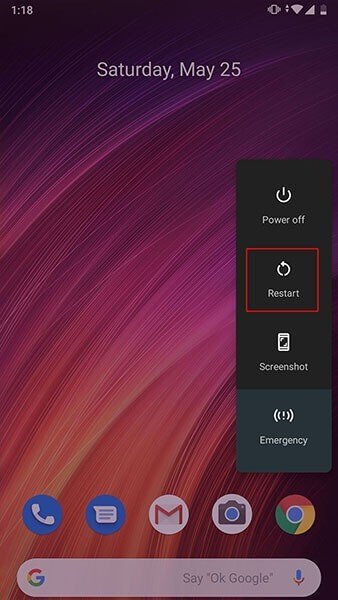 Step 2: After a few minutes, press and hold the Power button to again Power ON the phone.

I hope after reboot the touch screen will take your touches properly.

Solution 2: Take Out The Battery

If your phone allows you to remove the battery then taken you the back cover of your phone. After a few minutes put the battery at the same place and turn ON your Android phone or tablet.

If your device comes with a non-removable battery feature then some devices give an internal function for battery simulation. So you can find online the steps for your specific phone model and do this.

The faulty SIM card or memory card which you are using in your phone can also cause an unresponsive touch screen. So, you can remove the SIM card and memory card from your phone and then try to use your phone.

Step 1: Press and hold the Power button to Power OFF your phone.

Step 2: Then remove the SIM card and memory card.

Step 3: Now, you can switch ON your phone and check the issue is resolved or not.

You can also boot your phone into safe mode and then see the touch screen is working or not.  If it works properly then the cause of the problem is bad apps installed on your phone.

Below, follow the steps to enter your phone in safe mode.

Step 1: Press and hold the Power button until the Power options menu appears on the screen.

Step 3: When the Safe Mode message appears on the screen then tap on “OK” button. 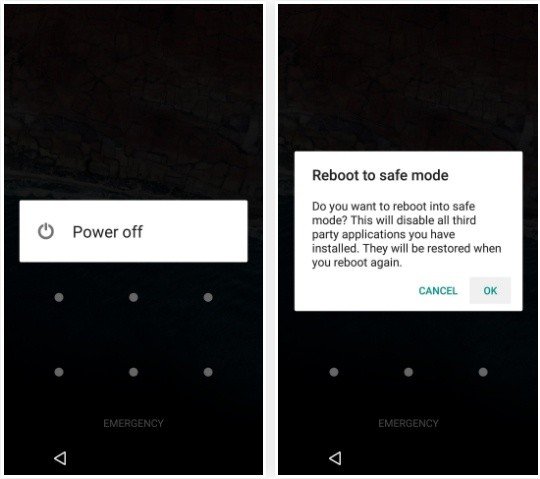 Now, if you can use your phone then it is clear that the installed app has some fault. So, find the faulty app and uninstall them to fix the problem.

Also Read: How To Recover Data From Locked Android Phone With Broken Screen

If you can install the apps from Google Play Store then download and install an anti-virus or anti-malware app. After that scan your Android phone and tablet. Maybe this can help you to solve the issue.

If you search in Google Play Store then you will find a few apps that can help you to calibrate your device touch screen and increase its responsiveness. 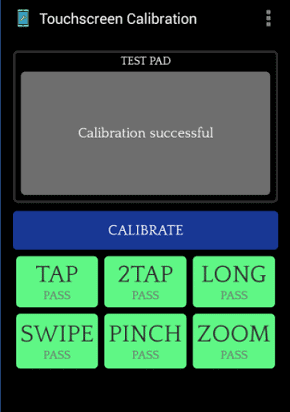 You need to just open the Google Play Store and then entre “touch screen calibration”. After that you will get some apps, simply read the user’s review and rate and then download and install it.

If you are unable to do anything on your phone by using the touch screen then you should factory reset your Android phone or tablet into Recovery mode. But remember that this will wipe all your data from your device.

Here, follow the below steps to factory reset your phone into recovery mode.

Step 1: Switch OFF your Galaxy phone by using the Power button.

Step 2: Now, press together Power, Home, and Volume Up buttons.

Step 3: Keep holding the buttons unless you see the Android logo and your phone restart again.  Now your device entered in recovery mode.

Step 4: Next, by using Volume Up & Volume Down button choose “wipe data/factory reset” option and tap on it by using Power button.

Step 5: When the process gets completed then select “reboot system now” option to restart your Android phone or tablet.

Note: If you have lost your data during this process then don’t worry. In this case, you are highly recommended to try Android Data Recovery Software to recover deleted data from your Android phone and tablet.

If your device is physically damaged due to any reason and after that, your touch screen doesn’t respond when you try some solutions before you remove the screen protector.

You can check the touch screen of your Android phone and tablet by using a few star code command. After entering this command you will be able to check the issue without using any apps and software.

So, follow the below steps to do the same.

Use the code of your specific Android phone or tablet.

Enter the star code command to open the device’s diagnostic mode. After entering into diagnostic mode, you can test the touch screen for dead zones and bugs.

If accidentally your phone dropped from a height and this lose the device’s digitizer. So, this can also be the reason behind touch screen dead spots or unresponsive touch screen.

If this is happening with your device then lightly press the corner of the touch screen several times at every corner. Maybe this can solve the problem.

If your Android phone or tablet screen is cracked and touch not working then the simplest way to fix this is by removing the screen protector.

Sometimes, the glass or plastic screen protector which you use to protect your phone’s screen disturbs the touch signals from the reach of the display panel and this also leads to an unresponsive touch screen on Android tablet or smartphones. So, removing the screen protector will help you to fix this.

Also Read: How To Fix a Water Damaged Phone In Easy Steps!

If the above solutions are getting fail to fix the problem then, in this case, you should use a third-party app to enhance screen latency. Most of the smartphones can be accessed partially.

Touchscreen Repair is a great app that will help you to calibrates the touch screen to decrease response times. The app will suggest you to tap several sections of the device’s screen. Then the app will reduce the latency but it totally depends on your phone model.

Thus, the app fully depends on your smartphone model but it is not bad to try it when nothing else has worked yet.

Most of the apps are not designed to use GPU rendering that means the apps do not use graphics processor or hardware to enhance its on-screen visibility which causes touch screen not working issue. 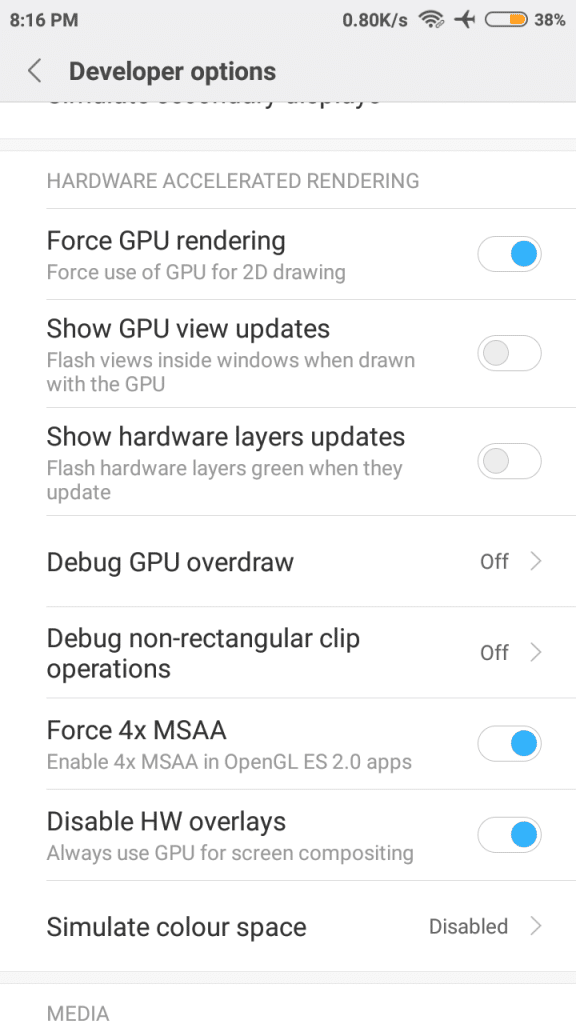 You can also use touchpoint tester app (MultiTouch Tester) to test the touch screen areas by using the finger on the touch screen. This app will help you to check the faulty areas on your device’s screen.

If the phone’s touch screen is not working while it is on charging then in this situation you should check the charger. Always use the original device’s charger. Sometimes, users use the charger by looking at the PIN size without noticing the voltage and ampere rating but if the voltage is the same, the ampere rating can be different which causes an unresponsive touch screen issue on Android.

Note: If you are unable to access your device’s data and now you are planning to give your phone to repair but before that, you want to recover the data from your Android phone or tablet then you are strongly advised to try Android Data Recovery software.

If you have tried all the above solutions but still the touch screen problem is not solved then lastly you should take your phone to your nearest phone shop who repair the smartphone. They will check the problem and fix it and they can tell you to replace the touchscreen or replace the phone.

I hope the above mentioned 15 Solutions will be helpful for you to fix unresponsive touch screen issues on Android phones and tablets. You need to try the solutions according to your phone’s condition. If it is damaged physically then try the solutions mentioned below that title or if not then try another one.

If you are unable to solve the problem from the above solutions then lastly you should take your phone to the device’s service center. And if you want to recover data from your device then you are advised to try Android Data Recovery software to extract data from unresponsive touch screen.