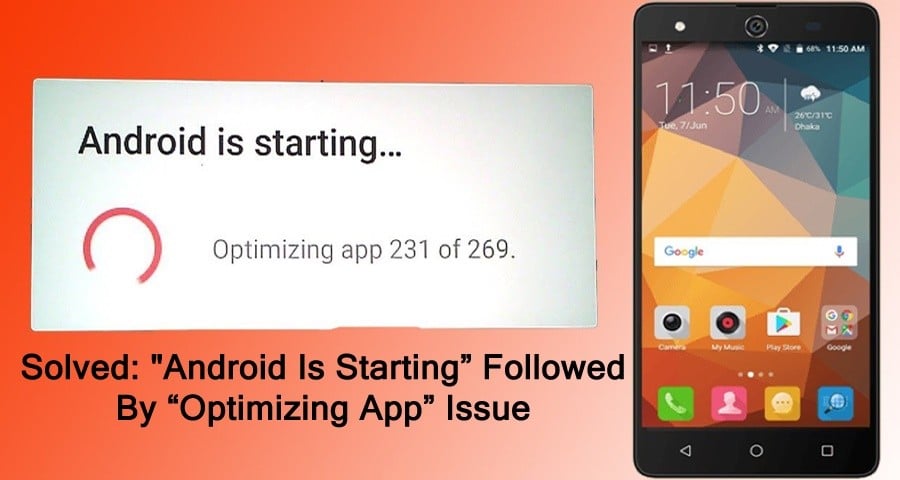 So, if you are also facing similar kind of problem Android stuck on Android is staring or upgrading followed by optimizing apps problem on your device, then you have landed on the right web-page.

Here you will learn, few but very effective solutions that will help you to fix “Android is starting/upgrading” followed by “Optimizing App” issue. Simply read this post till the end and follow the solutions and their steps and you are done through.

My Nexus 5 has had a restart problem for several months now and since it’s my secondary device I didn’t report it but I’ve had enough now!!!!!!!

The phone restarts frequently and randomly without any prompting to do so and on occasions it resets some of my information such as WiFi credentials.

When it restarts its keeps saying: “Android is starting Optimising app…”

This is the worst experience I’ve had with a smart phone and this being my first transition from iOS to android it isn’t a good look. I don’t know if it’s a universal issue but I certainly hope it can be fixed because I really like my nexus and need it for development!!

i remember i was downloading something from google play store but it took so long so i cleared cache from playstore then i also used clean master and du booster to clean junk but it was taking longer than usual also so i stopped my downloads and everything i was doing.

i powered off my phone. then turned it on again and it says

“Android is upgrading, Optimizing application 1 of 1”

and i already slept for more than 8 hours and its stuck there. I cant do anything except remove my battery,sim and sd card.

Now question arises – how to fix Android is starting or Android is upgrading followed by optimizing app issue?

Well, I will be sharing the solutions, but before that let us know what is Android is Starting or Upgrading followed by optimizing application issue is all about and what is the reasons behind the occurrence of this issue.

Also Read: How To Fix “Failed To Validate System Image” On Moto Phone 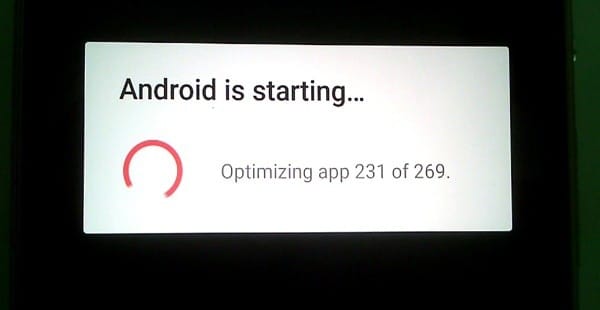 When you reboot your or restart your phone, then you might see ‘Android is starting’ message.

When you update your phone and then reboot your device then you might see ‘Android id upgrading’ message.

What Causes Android is Starting/Updating Problem?

While restarting the device or while rebooting the Android phone, if something goes wrong in restarting process or updating process, then it causes to display error message ‘Android is starting/upgrading’ problem.

This error mostly occurs on Android 5.0 Lollipop version and above but it is found very rare. But sometimes when it occurs then it gets stuck on Android screen for hours and user can’t access their device.

So, fixing or troubleshooting Android is starting message stuck on Android screen is very much important and you can fix it by following the below solutions.

So, here comes the solution section!

Also Read: How To Fix “Unfortunately, Google App has Stopped” Error on Android


Solution 1: Take Out SD Card From The Device To Resolve Android Is Starting Issue 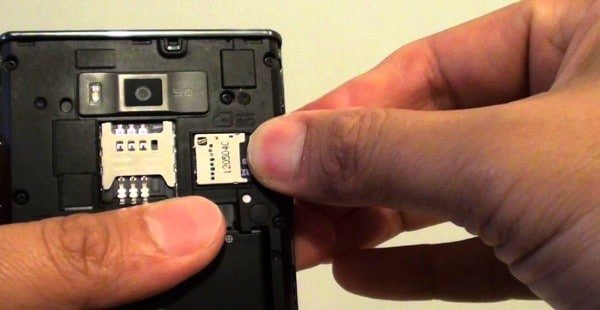 Removing SD card out of the phone comes handy when some of the apps are installed on your SD card.

In such case, this is one of the simple, quick and easy way to fix Android is starting error message. This is the recommended solution in this scenario because it helps to push up the apps optimization process to loop and allows the phone complete the entire process.

Once the whole process gets completed, the device will get booted. After the booting process, insert the SD card and move the apps installed on the SD to the device’s internal memory.

Tip: Of course do not forget to update all the apps installed on your phone if problem get solved.

This solution has worked for many users and I hope this will work for you as well. Wipe cache partition and get rid of phone stuck in Android is starting problem.

Note: These steps are from the Motorola official website (Lollipop).

Step 1: Make sure that phone is Switched OFF and it is not connected to charger or anything else.

Step 2: Now press and hold Volume Down + Power button for at least 3-5 seconds and then release both the button.

Tip: Use Volume Down button to scroll through the Menu options and use Volume Up button to select/enter the options.

Step 4: Once you are on “No Command” screen (displayed as Android robot lying on his back), press and hold Power button and then press and release Volume Up button to bring up the Menu options.

Note: Remember the steps are mentioned for Motorola phone. If you have other Android phone, then here learn how to enter in Recovery Mode, may be this could give little idea. 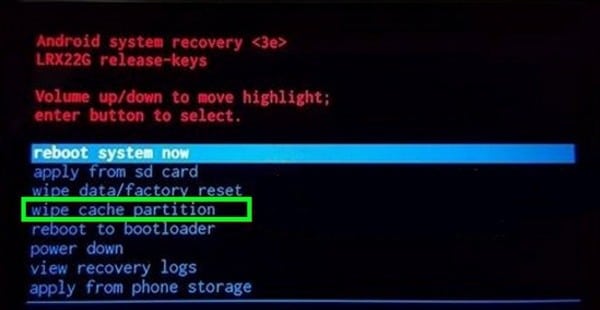 Now simply leave the phone for several minutes for reboot process to complete.

If above-mentioned both solutions failed in your case, then you can “wipe data/factory reset” your device by entering into Recovery Mode, similarly as you have performed wipe cache partition in the above solution.

This solution of factory reset has solved the problem of phone keeps rebooting and optimizing apps for many users and I hope this will solve your too.

Note: Doing wipe data/factory reset will erase all data stored on the device.

Follow the step 1- Step 4 exactly as mentioned in the Solutions 2 above. 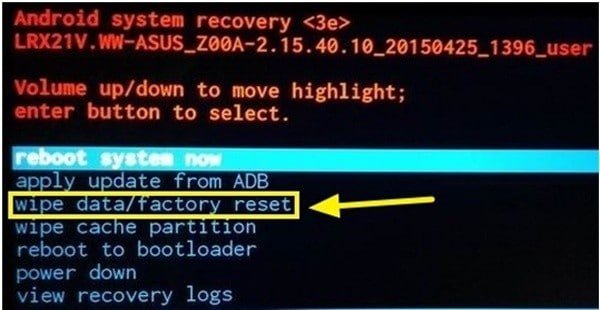 Step 6: Now leave the phone until it deletes all the content.

After this your phone will reboot. It may take several minutes of time. Once your device reboot, you can see the set-up screen.

Important Note: Since doing hard factory reset of Android device erases all data, hence you must want the solution to recover erased data if those deleted data is important to. In such situation, you can try World’s first and best Android Data Recovery software in order to recover erased data from your Android phone or tablet.

In some cases “Android is starting…Optimizing app x of x’ occur when you reboot phone while it is connected to charger.

So, you must avoid rebooting your phone while it is connected to charger. And this error may get solved by itself after Google Play Store and service update themselves in few days.


So, those were three effective and working solutions that can help you to fix “Android is Starting/Upgrading” followed by “Optimizing App” error message. Do note that fixing the issue by following the solutions 3 erases all data, hence it is recommended that you must immediately apply Android Data Recovery Tool to recover lost or deleted data after fixing the problem.